Convictions for sexual assault can including jail, travel restrictions and being added to the National Sex Offender Registry.

At Charitsis Law we provide criminal defence including management of media exposure for sexual assault allegation.  Our service includes Publication Bans where necessary to protect our clients reputations while limiting any unwanted media attention.

As criminal lawyers we know that a sexual assault allegation is a serious matter.  The accusation can affect employment, family and cause unwanted media attention.

Our legal team knows how to protect you against:

Where you or a loved one has been charged, investigated or presented in the media with a sexual assault allegation, call us for immediate legal advice to learn how we can help you.

We Appear in Court for You

When you hire our firm to represent you, we will provide advice, guidance and support on how to deal with these serious charges.

We will advise you on what you have to do and how to deal with the issues that come up being charged with a criminal offence.  We will attend most if not all of the court hearings for you, keeping you out of the court house and away from media exposure.

As with any case in your firm our first priority is to ensure that we provide a discreet service and your confidentiality is ensured. In sexual assault cases we will normally apply for a publication ban to ensure that you are not publicly convicted before any proof or court hearings.

★★★★★  I was charged by the police for sexual assault and I was scared. Everything stemmed from an innocent date after a work function with a coworker that went bad. The police locked me up and told me that I was not getting out for a long time. I have no criminal record let alone a parking ticket. When I had all but lost hope about situation my family found Nicholas Charitsis. He came and visited me at the jail where I was being held. Nicholas gave me hope when all hope was lost. First it was the bail hearing. He got me out. Then it was the pretrials. He was solid as a rock breaking down the lies of my accuser. Then it was the trial. Nicholas was a true warrior in the courtroom. He fought and fought for justice until the jury agreed that I was not guilty. This was the turning point in my life. I owe my freedom and everything in between to Nicholas. His skill as a lawyer and a good human being is summarized in my case. The struggle was long and hard but the results speak for themselves. Name Withheld. (LawyerRatingZ.com)

In many sexual assault allegations the media may seek to publicly vilify the accused in the public forum without the trial being heard.  The media may publish the accusation regardless whether or not the allegations are true or not.

Many times this publicity is incredible damaging not only to the accused but to their career and family (See the Patrick Brown Story).

One of the first steps we do is to ensure that a publication ban is put in place immediately to ensure that there is no threat of media attention or to stop any other public discussion of your case.

Publication bans are orders that the Court makes that prevents anyone from publishing, broadcasting, or sending any information that could identify a victim, witness, or other person who participates in the criminal justice system. The publication ban is intended to allow victims, witnesses, and others to participate in the justice system without suffering negative consequences.

★★★★★ Nicholas is an amazing lawyer! He helped my husband not face jail time from a difficult complicated case. Nicholas was always on time for court, honest, well-spoken and supportive.. my husband and I are extremely happy for selecting Nick as a lawyer, he’s helped my family in so many ways and we are greatly appreciated. I highly recommend Nicholas and his team for any legal help. C. Serwaah Toronto (GoogleReviews)

How Sexual Assaults Proceed in Court

With any criminal matter the Ontario court system has an agenda of how the case will proceed through the system.  Here we hope to explain the main part of the process that our firm takes care of on your behalf.  Sexual assault cases are complex and it is suggested that where there has been an allegation of sexual assault that accused seek the legal advice that our office offers.

Usually in sexual assault cases, the accused is arrested and processed by the police.  The police will then usually have a bail hearing to decide if the accused will be released or held in custody while awaiting trial.  In a bail hearing the judge considers four (4) things;

Where a judge in a sexual assault hearing is satisfied that there is no further danger to the public, the identity is know and the accused will appear in court the judge is required under the Bail Reform Act to release the accused with or with out conditions.  Read more about Bail Hearings >

Many times sexual assault allegations revolve around consent issues, implied and otherwise.  Experienced legal representation with a  proper and through cross examination by a criminal lawyer will help the judge to fully understand what may or may not have happened.

As well as what actually happened any criminal trial and arrest of an accused requires that the arrested party is treated properly, and their rights as a Canadian citizen are not violated.

In any criminal prosecution the onus is on the police and crown attorney to prove the case beyond a reasonable doubt for a conviction to be entered by the Judge.

★★★★★  Great lawyer. Being involved in the Criminal Justice system is very nerve racking and intimidating. When your lawyer stands up and fights for you it really makes a huge difference. Nicholas Charitsis this is a fighter. He gets things done exactly like he said he would. I highly recommend him! Ben P. Toronto (GoogleReviews)

Where you have been accused or charged with a sexual assault it is important that you seek legal advice speak to an experienced sexual assault lawyer.

Do not make any statements to the police or otherwise.  The ramifications of a sexual assault accusation can have dire affects on an individual prior to any court hearing or judges decision.

Many times people have been accused of a sexual assault and their information is provided to the media where they are judged in the court of public opinion even where there may or may not be grounds to support a charge.

Where you have been accused we make this immediate recommendations;

Where a bail hearing has been held, ensure that any of the bail conditions imposed are adhered to.

Where you have been accused or charged with a sexual assault it is important that you seek legal advice and representation as  soon a possible.  The ramifications of a sexual assault accusation can have dire affects on an individual prior to any court hearing or judges decision.

Where a bail hearing has been held, ensure that any of the conditions imposed are adhered to.

Sexual crimes under Canadian law have no statue of limitation, meaning that as we have seen complainants can make allegations years after the incident happened and do not have to produce witnesses to the event.  An accused maybe charged for allegations of:

Where a conviction has been registered for a sexual assault the accused will be unable to travel to the USA and other countries.

The victim of the sexual assault can be man or woman and the attacker can be of the same sex as the victim. A spouse may be charged with sexual assault upon the other spouse.

Everyone who commits a sexual assault is guilty of 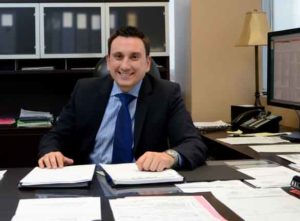 As a criminal defence lawyer I have years of experience helping people accused for sexual assaults and I can help you.

This site is for information only and is not meant to replace qualified legal advice by a sexual assault lawyer. The application and interpretation of sexual assault law, is constantly changing, the writers shall not be held responsible for any information that may be incorrect or out of date. The owners of this website recommend that anyone wishing to fight a criminal charge obtain qualified legal advice before doing so.