The results and reviews here are the combined effects of our legal team headed up by criminal lawyer Nicholas Charitsis.

Quite possibly the best criminal lawyer in Canada. Nicholas solved my domestic assault case exactly as he promised. My 5 criminal charges were dropped after trial. Nicholas even went as far as destroying my fingerprints and police record of arrest after my case was completed. I can honestly say that his services are worth the premium fees that you pay for him. Nicholas was amazing at trial. He exposed the lies of the police and my ex wife that made up a story to get me charged. The Crown Attorney didn’t even finish the trial and asked the judge to withdraw the charges after Nicholas did his cross examination of my accuser. Name Withheld (Lawyerratingz.com)

I hired Nicholas for a DUI case. I never had to use a criminal lawyer in the past and I was sure glad that I hired him. He did exactly what he said he would do for me: criminal charges dropped, no suspension of my license and no probation!!! This guy is amazing. I would recommend him to anyone in need of a criminal lawyer. Name Withheld (n49.com)

Nicholas is an excellent lawyer that helped me out of an extremely bad situation. I was charged with drive over 80 and blew over 180. The circumstances of my case were very unique but he demonstrated he had a strong grasp of the situation and already had plans formulating on how to fight it. Throughout the time before going to trial he and his team kept me up to date on what our strategy would be and the outcome of all possible scenarios. Nicks skills as a lawyer truly shine when he is in the courtroom. His presentation of facts and cross examinations are well articulated and well researched. He cited many case laws to support dismal of my charge and even managed to find one obscure case that had details very similar to mine. Nick presented written submissions for the judge and was kind enough to provide me a copy. After reading the submission and seeing the quality of it I felt confident that my charge would be dropped. I was acquitted of my charge and I owe it all to him and his team. Thank you Nick and team for fighting my case to achieve the best results possible. Alireza Y. (GoogleReviews)

I was charged by the police for sexual assault and I was scared. Everything stemmed from an innocent date after a work function with a coworker that went bad. The police locked me up and told me that I was not getting out for a long time. I have no criminal record let alone a parking ticket. When I had all but lost hope about situation my family found Nicholas Charitsis. He came and visited me at the jail where I was being held. Nicholas gave me hope when all hope was lost. First it was the bail hearing. He got me out. Then it was the pretrials. He was solid as a rock breaking down the lies of my accuser. Then it was the trial. Nicholas was a true warrior in the courtroom. He fought and fought for justice until the jury agreed that I was not guilty. This was the turning point in my life. I owe my freedom and everything in between to Nicholas. His skill as a criminal lawyer and a good human being is summarized in my case. The struggle was long and hard but the results speak for themselves. NameWithheld (LawyerRatingz.com)

Nicholas Charitsis is top notch at what he does. He’s an honest straight shooter (which is hard to find in a lawyer these days) . I hired him for my DUI charge and he outlined what the results would be right from my first meeting. He kept me informed about what was happening with my file every step of the way. In contrast to many other lawyers he didn’t quote me a low fee in the beginning and then hose me at the end. Conclusion: I beat my impaired driving charge in Newmarket court and it didn’t cost me a fortune. As an aside I referred him to my friend for a bail hearing and Nicholas was able to deliver results for him too. He’s now my go to guy for any legal issues. NameWithheld (n49.com)

A family member was charged with impaired and over 80. I found Nicholas Charitsis Law office through an internet search and we hired him because of the large number of positive reviews he has received online. To be honest, up until the trial I was worried we’d made the wrong decision and the reviews might be exaggerated or false…but once the trial started I knew the reviews were 100% accurate and that we had made the right decision. Nicholas is a gifted trial lawyer. He is highly skilled and his cross examinations of crown witnesses was incredible to watch. The end result after a three day trial was not guilty on both counts due to lack of evidence and a Charter breach. Nick’s fees are higher than most lawyers we interviewed but he is worth every penny and we strongly recommend him. Mohsen K. (GoogleReviews)

★★★★★ Nicholas Charitsis is top notch at what he does. I was charged with Impaired Driving and facing huge fines, a criminal record and a lengthy suspension of my drivers licence. Nicholas took my case on and guided me through the process every step of the way. He held regular meetings with me (at no extra charge and at times that were convenient to me) to discuss my charges and explain what would happen on every court appearance. I received regular communication from his office to update me on changes to the case and what was going to happen.

Eventually my case went to trial and Nicholas filed documents in court to show that the police had mistreated me and that they didn’t follow proper procedures the night that I was arrested. The judge reviewed the documents that Nicholas filed and dropped all the charges against me. He saved my licence, I did not get a criminal record and was able to save my job as a real estate agent. I owe a huge debt of gratitude to Nicholas for the work that he did on my case and I recommend Nicholas Charitsis highly! J. Holder, Toronto

★★★★★ My name is O’Connor Edwards, Nicholas just came through for me with a driving impaired charges with flying colours. I am giving him 5 star ratings for the tremendous work he has done. He was always on time, reliable, punctual, upfront and honest with me the first time we met. After talking with him a few times I realize he is the man for this job. I would recommend him and definitely use him again in the future. Regards O’Connor. 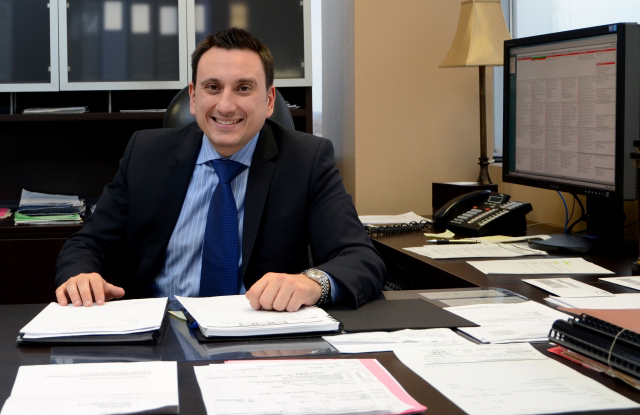 ★★★★★ They are extremely knowledgeable in the area of DUI Law and they beat my charges. Other lawyers made empty promises and bragged about how “good” they were, but Nicholas showed me right from our first meeting HOW he would win my case. His approach to fighting DUI charges is by far the best that I was able to see after interviewing several other lawyers. Nicholas has proven himself to be one of the best lawyers in Canada for DUI cases. It’s clear to me that his firm is dedicated to WINNING their cases rather than selling their services. I wouldn’t hesitate to recommend him to all of my friends and family should his services be required in the future.

★★★★★ I hired CharitsisLaw after reading all the reviews and recommendations given to me by others that had used Mr. Charitsis. I needed help with a domestic assault case and wasn’t sure if he got involved with these matters. Fortunately , he was willing to take the case, and I’m sure glad he did. He went out of the way treating me like a family member, and made sure that everything was going to be ok. It’s rare that justice is found in cases with domestic assault, but Mr. Charitsis made sure everyone understood the facts and how the complaint was exaggerated by the police. I would absolutely recommend Nicholas and CharitsisLaw to anyone who is looking for a sharp skilled lawyer with the compassion of a friend more like family. Thank you for everything.

★★★★★  I called Nick late at night after being charged with Failing to Provide a Breathalyzer. Nick told me not to worry because he would handle the case. Sure his fees were a bit high but it was worth every penny. I saved my drivers license and all the hassles with my insurance company. I didn’t even need to show up in court Nick had my charges dropped in no time. I was extremely happy with the outcome. Not only did he drop the charges but he also went as far as cleaning up my fingerprints photographs and all police records. I’m very grateful for choosing him as my lawyer and I would not hesitate referring him to all my friends and family.