Where the crown is unable to prove the identity the charge should be dismissed.

Facts of the Case

A Honda Civic was parked in an exit lane on the Gardiner Expressway in Toronto, and one tire was shredded off.

Officer St. Clair of the Toronto Police spoke with the defendant who was sitting in a dark SUV near the Honda. After the police arrived the male driver of the SUV soon left the scene in the vehicle.

Officer St. Clair “inferred” from the circumstances that the defendant had been driving the Honda Civic.

The accused testified, however, that she had not been operating the Honda, but her boyfriend had been the driver. The two of them had been arguing and after the problem with the tire, her boyfriend stopped the vehicle, became very angry and walked away from the vehicle, leaving her at the scene.

The accused was charged with Impaired Driving Care and Control.

The police did not witness the driving.

There was no direct identity evidence to prove the accused was the actual driver of the vehicle.

The trial judge concluded that the mere fact that someone was left with the vehicle, is not evidence that the accused was actual driver and is guilty of impaired driving.

There was only one issue a trial. Whether the crown attorney had proved the identity evidence.

Had the crown proved that the accused had the care of control of the motor vehicle in question or whether she had been driving it.

As the trial progressed, it became apparent that “care or control” was not an issue, and the question was, whether the defendant had been driving the vehicle at all.

The judge stated that the accused’s testimony together with the corroborating evidence as given by her friend and her boyfriend, leaves a reasonable doubt in my mind as to whether the defendant was driving the vehicle.

As a result, the court believed that there was no identity evidence that that the accused had been the actual driver.  That there was a reasonable doubt, and subsequently there was finding of not guilty on both counts. 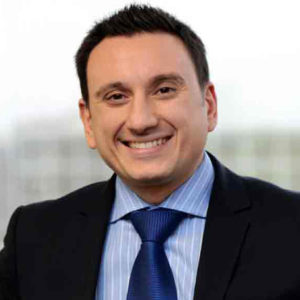 Knowing the court system, the crown attorney’s, police and judges and having them know you can have dramatic implications. Your lawyer’s reputation can have a bearing as to how your case proceeds.

The court knows the criminal lawyers who fight for their clients and who presents compelling and aggressive defence arguments. As a criminal defence lawyer I have years of experience helping people accused of criminal charges and I can help you.

Together with my team of criminal defence lawyers we have been able to help thousands of people looking to win and be properly represented in criminal court.

We know how to fight for our clients. We stake our reputation on doing everything possible to win your case, ensuring the best possible defence with the reviews and winnings to prove it.

★★★★★ Nick and his criminal lawyers worked on my DUI driving case. I was worried about getting a criminal record, but they took care of everything.They got my charge dropped to a traffic ticket, not a criminal offence. I’m so happy with the result. Before the trial date, I met with his team at least 8 times total to watch surveillance videos of me, solidify my defence, give me some Information about the law, and do a dry run of the trial with my friend who was going to testify with me. I felt as comfortable as I could given the situation since he prepared me well. Nick seems to has a good report with the court which I believe was to my advantage. He also prepared two back up technical defences. I recommend Charitsis Lawyers highly.

★★★★★ My husband was charged with DUI driving and over 80. We felt totally hopeless. We saw a bunch of criminal lawyers for consultation, but only after meeting with Nicholas Charitsis and Vadim Paskaru we saw that they would do whatever it takes to win our case. It was difficult, but Nicholas and Vadim were with us every step of the way, supporting us, explaining next steps, always answering our questions. They always were easy to get in touch with and answer questions. As a result of their work, the impaired driving and over 80 charges were withdrawn. My husband ended up with careless driving ticket, no criminal record. We are very grateful to this amazing team of knowledgeable and skilled criminal lawyers. We would recommend them to anyone who is in trouble and does not know what to do.