The trial judge ruled that the case had taken too long to come to trial, that the accused’s right to a trial within a reasonable period of time had been violated.

Facts of the Case

The accused was operating a motor vehicle on in the City of Toronto and became involved in a property damage accident.

The police officer arrived and demanded the accused provide the documents for the motor vehicle. While speaking to driver the officer noticed a strong odour of alcoholic beverage, he was unsteady on his feet, swaying from side to side, and had urinated himself.

The driver admitted to the officer that he was the driver of the motor vehicle, and that he consumed two bottles of beer earlier that evening.

The officer formed the opinion that the man’s ability to operate a motor vehicle was impaired by alcohol. The police officer arrested the man for for Impaired Driving.

In preparation for the trial Mr. Charitsis made a request to the Crown attorney’s office for specific items of disclosure.  The lawyer asked for:

On the trial date, these items were not disclosed by the Crown Attorney’s office, despite several requests being made.

The judge agreed that these items were needed to be disclosed in order for the lawyer to make full answer and defence to the charges.

Accordingly the trial date was adjourned in order for the disclosure to be made available. The next trial date was 15 months after the date that the accused was originally charged.

Lawyer Charitsis filed a motion pursuant to section 11(b) of the Canadian Charter of Rights and Freedoms on behalf of his client, complaining that the case had taken too long to come to trial.

On the next court date the Honorable Justice Cole agreed that accused’s rights had been violated because too much time had passed since he was charged with the offence.

The judge noted that the accused’s case was prejudiced because of the time delay since he was unable to change employment and was under considerable stress because the charge was taking too long to come to trial.

The judge “stayed” (withdrew) the charges. The accused was free to go without a criminal record and no suspension of his driver’s license. 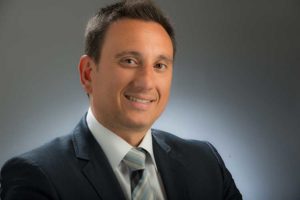 Together with my team of criminal lawyers we have been able to help thousands of people looking to do everything possible to win and be properly represented in criminal court.

★★★★★ Nick and his criminal lawyers worked on my DUI driving case. I was worried about getting a criminal record, but they took care of everything.They got my charge dropped to a traffic ticket, not a criminal offence. I’m so happy with the result. Before the trial date, I met with his team at least 8 times total to watch surveillance videos of me, solidify my defence, give me some Information about the law, and do a dry run of the trial with my friend who was going to testify with me. I felt as comfortable as I could given the situation since he prepared me well. Nick seems to has a good report with the court which I believe was to my advantage. He also prepared two back up technical defences. I recommend Charitsis Lawyers highly.

★★★★★ My husband was charged with DUI driving and over 80. We felt totally hopeless. We saw a bunch of criminal lawyers for consultation, but only after meeting with Nicholas Charitsis and Vadim Paskaru we saw that they would do whatever it takes to win our case. It was difficult, but Nicholas and Vadim were with us every step of the way, supporting us, explaining next steps, always answering our questions. They always were easy to get in touch with and answer questions. As a result of their work, the impaired driving and over 80 charges were withdrawn. My husband ended up with careless driving ticket, no criminal record. We are very grateful to this amazing team of knowledgeable and skilled criminal lawyers. We would recommend them to anyone who is in trouble and does not know what to do.